We specialise in the termination of optical fibres, connectors and devices across diverse sectors, medical, aerospace, sensor, telecommunications, defence and more. 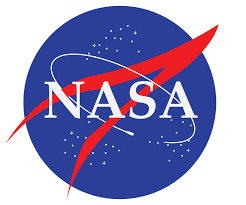 Need of a system capable of measuring up-welling radiance (from the target Earth surface) and down-welling (reference standard measuring solar irradiance on the target surface) simultaneously and across different spectral regions by using two different spectrometers: one for the spectral region where sun induced chlorophyll fluorescence estimation (SIF) is possible and one across the wider visible near-infrared region (VNIR).

Alker contribution: double bifurcated assembly
This assembly has two fibres side by side in each of its two input legs. Both input legs hold fibres of different types: f1 and f2 (f1f2, f1f2). In the junction/central block they cross over into two legs each containing side by side fibres of the same type, f1f1 and f2f2. The legs are armoured and water-resistant. A 4 core ribbon electrical cable in one of the output legs splits in 2 core ribbon cable in each one of the input legs. The output legs are keyed for alignment with spectrometer entrance slit(by special construction/design of the connector ferrule). Each input leg has a weatherproof fore optic housing an electronically controlled optical shutter.

The whole assembly is armoured and water-resistant with the actual connectors protected by an IP68 glands on all fibre leg ends.

Measurements of sun-induced chlorophyll fluorescence (SIF) have the potential for the assessment of actual plant photosynthesis from space.
However, corresponding near-ground measurements are required to validate these SIF estimates since the correction for atmospheric effects plays a significant role in SIF estimation from air and spaceborne measurements.
Very high spectral resolution spectrometers are currently available that measure across the spectral region containing the O2-A and O2-B bands, where SIF estimation is possible, and other spectrometers are available for measuring across the wider visible-near infrared region, used to determine indices such as the Photochemical Reflectance Index, an alternative indicator of photosynthetic activity.
However, the very high spectral resolution systems used to date often have weak signal to noise and low sensitivity, requiring measurements to be made at different integration times for each O2 band.
Besides, current methods either rely on sequential measurements of a reference standard (to estimate solar irradiance) and the target Earth surface, both using a restricted field-of-view (FOV) foreoptic, or sequential measurements of upwelling radiance and downwelling irradiance using a cosine corrected foreoptic with a hemispherical FOV.
With both these approaches, there are time delays (at best multiple seconds) between measuring down-welling and upwelling radiances. These delays add to measurement uncertainties due to changes in sky conditions between the individual measurements, particularly in northern Europe.
Furthermore, the current systems, while possibly suitable for fixed location deployment and high-frequency temporal measurements, are not designed, and would be impractical to use, to capture the spatial variability necessary to spectrally characterise the footprint of carbon flux observation systems.

How does the product work?

This instrument is a dual-field-of-view system able to incorporate multiple spectrometers covering different spectral ranges, with a cosine-corrected foreoptic to capture down-welling irradiance and the up-welling channel configured with a view angle-limited foreoptic. [1]
A double bifurcated fibre optic is used to transfer light from the foreoptic to the spectrometers, therefore, each spectrometer receives light from the same Earth surface area (each measurement has the same support).[1]
This assembly has two fibre optic cables, in each of its input legs (one leg for up-welling light and the other for down-welling light), and these cross over at the central block so that one up-welling and one down-welling fibre go to each spectrometer.[2]
As there is an electro-mechanical shutter in each fore optic, one can be closed to exclude light entering the system while the other is open. Hence, by switching between the two shutters, down-welling and up-welling light can be recorded sequentially.[2]

We look forward to hearing from you with our next challenge

Our brief to Alker was to design & manufacture fibre optic assemblies in preparation for our ultrasonic sensor technology to be used in harsh and extreme environments. Despite the challenge and changing requirements, Alker was always very accommodating with the aim of providing consistently high-quality service in a short time frame.

Alker’s expertise and professionalism led to a well-constructed and refined approach with huge success for our project; the assistance and support we received was excellent.

read more
We use cookies to ensure that we give you the best experience on our website. If you continue to use this site we will assume that you are happy with it.Ok